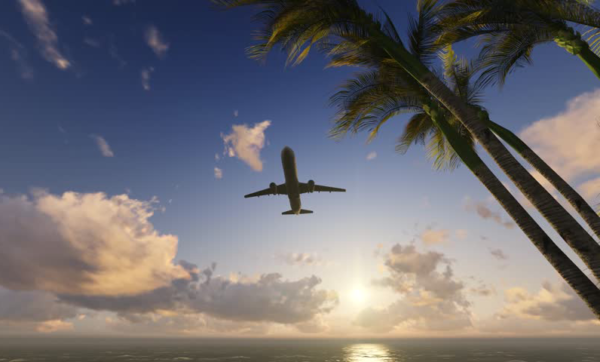 The closest airport to Marco Island is Southwest Florida International Airport (RSW), located in Fort Myers. It's the closest commercial airport anyway. It's easy to navigate and close to the interstate making RSW probably the best option for most visitors. Several other airports are convenient as well. Flying to your  Marco Island vacation rental is easy.

If your departure city is served by Allegiant Airlines, the Punta Gorda Airport is a great option. Allegiant offers inexpensive non-stop flights to Punta Gorda from about fifty cities. The planes are as new or newer than any other airline's and the prices can be half of what the big carriers charge.

While Fort Myers and Punta Gorda are our favorites, Miami International and Fort Lauderdale Airport aren't inconvenient either. If you're arriving from a foreign country, you'll likely use one of these. Private and charter aircraft can land at the nearby Naples Municipal Airport or on Marco Island's airport, located three miles off the island. Below, we'll cover the important information about each airport and try to give you some idea of what it's like to navigate them and get on the road to Marco Island. Let's get started...

The Southwest Florida International Airport (RSW) in Fort Myers is a little less than 50 miles away from your  Marco Island rental. Of all the commercial airports and major airports, it’s the closest airport to the island. It takes around an hour’s drive.  All the big carriers fly into Fort Myers including Southwest Airlines.

Getting to Marco Island from Fort Myers Airport is easy.  Uber and airport shuttles like SuperShuttle are good options to get from the airport to Marco. Of course, taxi service is available also. The best way and most popular way to go is to get a cheap car rental at the airport. Take a good look at your options as the price range can vary. Then, just follow I-75 south until you reach the Collier Boulevard (Exit 101). Collier will lead you straight to the island. Our offices are located at 953 S Collier, about a mile after the bridge to the island, on the left. Feel free to stop in anytime. If a friend picks you up at the airport, rental cars are available on the island once you arrive.

Another reason we like RSW for trips to Marco Island is traffic. Even mid-season it's not that bad between Marco and Southwest Florida International. On the other hand, traffic in the Miami/Fort Lauderdale area can be heavy and cause delays.

Miami International Airport is another option for travel into Marco Island, but it’s a little further away. However, if you find a good deal on the flight, take it. MIA is only a two-hour drive on the original Alligator Alley, US 41. You'll get to see the Everglades and maybe some alligators.

On your way over, stop at one of many Air Boat Rides along the way for a fun, up-close view of Everglades wildlife. These are those flat-bottom boats you've seen with the airplane propellers in the back. They scoot over the grassy marsh of the Everglades with ease. If you have always wanted to see a gator up close, you won't be disappointed. Just remember to keep your arms and legs in the boat.

If you do choose to fly into Miami, we recommend you stay one night and take in South Beach and some of the other fantastic attractions that make Miami Beach a world-class tourist destination.

The public transportation between Miami and Marco Island isn’t that great, so you might want to opt for a  car rental. Getting out of the airport can be a little confusing too (even for those who do it often). Just make sure to have your GPS set up before you get going and it'll be a piece of cake. If driving isn't an option, a few shuttle services do provide transportation to Marco Island. Lastly, you can book an ExecAir flight that connects MIA to the Naples Municipal Airport (20 miles away from the island) and catch an Uber or a taxi when you arrive.

If you’re arriving at Fort Lauderdale International, you’ll encounter similar problems to those associated with MIA. Traffic can be dense around FLL, but the airport is right next to I-595 which is virtually an extension of I-75, the road you'll take to Marco Island.

We find that getting out of Fort Lauderdale's airport and on the way to Naples to be somewhat easier than Miami International. It will take you less than two hours, and you’ll probably encounter much less traffic. For those who aren’t fond of driving, you can arrange a taxi or car service. Shuttles are available. However, in the long run, renting a car may be a much more sensible option because there are so many uses for one while you're here.

Fort Lauderdale is known for yachting. Before you begin your drive over to Marco Island, we recommend a drive down the intercoastal waterway and lunch on the water before you fly out. The Fort Lauderdale yachts are magnificent.

Alligator Alley is the section of I-75 between Naples and Fort Lauderdale. It's basically just a straight section of typical interstate. The is only one place to get gas, so make sure you are prepared before you venture across. Also, be ready to pay the toll each way. Most rental cars will have what is called a SunPass fixed to the windshield that will automatically pay the toll as you pass.

One of the most economical ways to fly to Marco Island is to fly  Allegiant Airlines to Punta Gorda. While they serve fewer cities than the big airlines, the prices are great. All of their flights are direct. Their aircraft are relatively new. We've flown Allegiant many times and highly recommend them. While it's not the closest airport to Marco Island, the Punta Gorda Airport is only about an hour and fifteen minutes away. Renting a car and getting on the road couldn't be easier from this small airport located adjacent to I-75.

Typical of most airports that Allegiant Air flies into, Punta Gorda is not a major airport. By avoiding expensive landing fees and congestion, Allegiant offers not only better prices than the big carriers but more convenience in many ways. Lines are short or nonexistent. The car to gate walk is usually half that of big airports. The only negative we've experienced is the schedule. Allegiant doesn't fly every day to every destination. This means you'll have to arrange your trip by their schedule.

Naples Municipal Airport and Marco Island Airport are the local airports closest to the island, but they are small, domestic airports that connect only a few airlines around the state. The Naples Municipal Airport is around 20 miles away from the island (approximately a half an hour drive), and it connects the city of Naples to Miami International Airport. It also links to some other parts of Florida such as Orlando, Key West, Florida Keys, etc. Naples Municipal is known as one of the busiest private jet airports in the country.

The Marco Island Airport is only 4 miles away from the heart of the island and a few minutes away from Hammock Bay and Fiddler’s Creek, the two famous golf residential areas in the city. The airport only connects with the airport in Key West and is not useful for the majority of the visitors coming from different states and abroad, unless you're flying yourself here.

What Airport is Closest to Marco Island, Florida?

Officially, the closest airport to the island is the Marco Island Airport, but since it is only really suitable for private aircraft, it’s useless for most visitors. Naples Municipal really won't work either since regular commercial airlines can't fly into Naples. If you’re planning a vacation on Marco Island, the best airport to arrive to is the Southwest Florida International airport (Fort Myers). From there, you can use  rental car to get your toes in the sand in less than an hour.